In this post I will cover the final group of topics in the “Configure File and Storage Solutions” objective domain, Configure and Optimise Storage. The topics are iSCSI, configuring both the target server and initiator, iSNS, what it is and how its used, Features on Demand, Data Deduplication, and finally Storage Tiers which are new to Windows Server 2012 R2.

Windows 2012 & 2012R2 provide both the client and server components for iSCSI, a SAN protocol that carries SCSI commands over IP. Its possible to provide multiple remote servers, shared storage, which is essentially equivalent to directly attached storage.

The server side of iSCSI storage is called a Target Server. It’s a component of the File and Storage Services Role. This component allows you to create virtual iSCSI disks (VHD files) that can be made to appear as locally attached disks to remote iSCSI clients.

Use PowerShell to install the role:  Add-WindowsFeature FS-iSCSTarget-Server 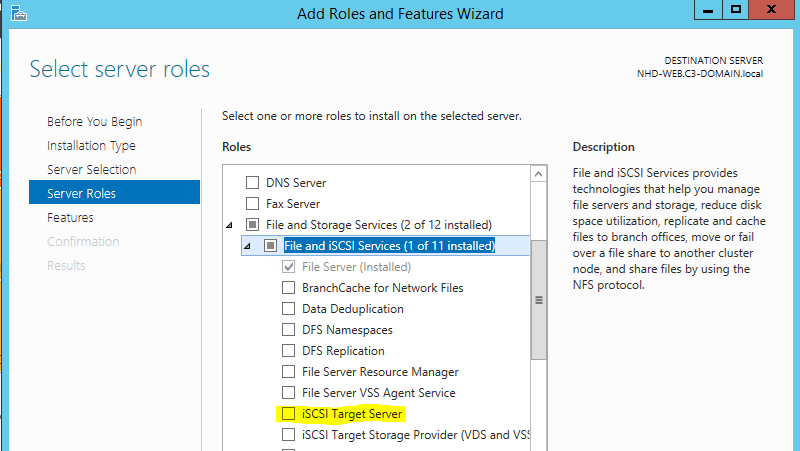 The iSCSI client component is called the iSCSI Initiator. The initiator is already installed by default, but the associated service (iSCSI initiator service) is not running by default. Start this service and configure it to start automatically.

To configure iSCSI storage follow these steps, it is assumed that the iSCSI Target Server is already installed on the storage server and the initiator is enabled on the remote server. 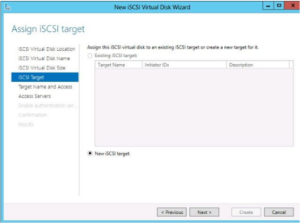 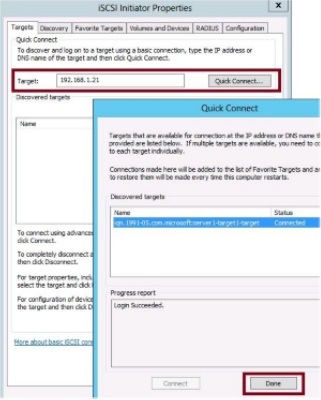 Use Service Manager on the Target server to modify iSCSI virtual disks that have already been created. You are able too

iSNS is an installable Windows Server feature. It acts as a central repository of iSCSI components that are available on the network. iSNS works as follows

Keeping this copy takes up space but does allow admins to install any feature or roles without needing access to media.

In 2012 & 2012 R2 its possible to delete the files for features not being used from the side-by-side store. This ability is called Features on Demand, and can reduce the installation footprint of the installation.

To later reinstall a role or feature for which files have been deleted you need access to the 2012 source files.

To completely remove all files or a role or feature from disk use the Uninstall-WindowsFeature cmdlet and specify the name of the feature using the –Remove parameter.

Data Deduplication is a installable component of the File and Storage Services role. Allows windows you to reduce redundant (duplicate) chunks of data saved in storage.

Installed as part of the File and Storage Service module

Storage tiers allow you to create virtual disks that are made up of both SSDs and HDD. Storage tier functionality automatically moves data based on how frequently its accessed. Frequently access data is moved to the part of the VHD stored on the SSDs, while less frequently accessed data is stored on the HDDs. By using storage tiers you get most of the performance advantages of using SSD without requiring all the storage to be made from SSDs.

Data is moved between standard and fast tiers depending on how often its accessed, you can also Pin files to either tier using the Set-FileStorageTier PowerShell cmdlet

So that concludes the second objective domain, for the 70-412 exam. Some really interesting subjects are covered here and I really enjoyed reviewing my study notes again to create these posts.

Thanks for reading and remember, keep those computers up to date.